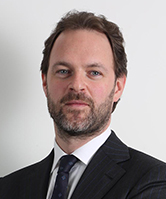 Urbano Clerici
Deputy Chairman and CEO
Urbano Clerici, born in Sorengo (Switzerland) in 1978, married with three children. High school in France and Bachelor in International Business Studies at the European Business School of London. Worked at AON UK - the largest insurance broker in the world that provides risk, retirement and health consulting – with special focus on insurance / re-insurance markets and risk management. His international business and trading skills were expanded with an additional experience at Clarksons – a world’s leading provider of integrated shipping services. In 2003 he joined the Coeclerici Group with the purpose to contribute to the international presence of the Group. In 2004 he opened the Coeclerici representative office in Shanghai, a baseline from which he followed up both the Group logistics and trading activities in the Far East area. In 2006 the presence of Coeclerici was reinforced with the opening of a new representative office in Beijing. In 2007 Urbano joined the Coeclerici headquarters in Milan,  where he was increasingly involved in the trading activity of the Group, holding the positions of General Manager of Coeclerici Coal and Fuels SpA,  and Managing Director of Coeclerici Asia (Pte) Ltd in Singapore. He is now Deputy Chairman and CEO of Coeclerici Commodities SA, based in Lugano (CH). 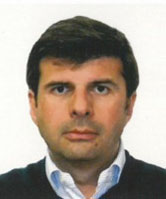 Fulvio Avallone
General Manager
Fulvio Avallone, born in Rome in 1966, married with two sons. He graduated in Finance and Administration at Bocconi University in Milan. He started his career in A. Manzoni & C. SpA and covered different roles in strategic planning and controlling in Waste Management, Aprilia and De’Longhi. During the past eleven years he covered the position of Vice President Finance & Control in Trelleborg Wheel Systems, division of the Swedish listed group Trelleborg AB. He has joined the Coeclerici Group in March 2018 as Chief Financial Officer of the Commodities Division based in Lugano and appointed General Manager as of November 2020. 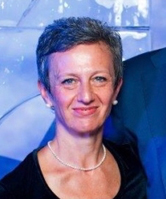 Paola Bazzana
Senior Trader - Head of Operation Department
Paola Bazzana, born in Milan in 1965, has two children. She graduated in Foreign Languages and Literatures at IULM university of Milan. She joined Coeclerici in 1989 after two previous experiences in different fields (industry and energy). Until 1994 she worked in coal trading division. From 1994 to 1997 she was assistant of the Chartering Manager. She has joined again the coal trading division in 1997 where, since 2005 she was Head of Operations Department and Senior Trader. Since January 2014 she has taken up the position of Senior Trader - Head of Operations Department of Coeclerici Commodities SA, formerly Coeclerici Compagnie SA, in Lugano.
Urbano
Clerici