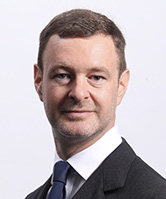 Giacomo Clerici
Chairman Coeclerici Far East
Giacomo Clerici was born on 8 March 1975 in Lugano (Switzerland) and he is married with two children. He is actually responsible of the Group’s logistics activities in Indonesia and Managing Director of Coeclerici Far East (Pte) Ltd, fully owned subsidiary of Coeclerici S.p.A, a private multidivisional company founded more than 120 years ago in Genoa (Italy) involved in coal mining, trading, distribution, shipping (dry bulk ships) and logistics activities (transhippers, floating cranes, etc.) serving the power, steel and cement industries around the world. He started his career as junior controller in Pirelli (Milan) then moved to RCS Media Group (Milan) and subsequently to Graham Beck winery (South Africa) before joining the family business in 2004. He has held different positions within Coeclerici Group, acting first as Group financial controller and then as Chief Financial Officer and in 2010 became Member of the Coeclerici SpA’s Board of Directors, before moving to Singapore in 2012 to oversee and stimulate the growth of the Group in the Asia Pacific region. He has an extensive knowledge of Corporate Finance (Syndicate Loan, Project Finance, Pre export and Trade Finance), Accounting (IFRS and local GAAP) and Information Technology (ERP, Treasury System and Business Intelligence). 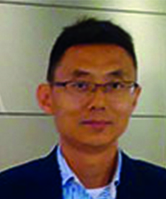 Yaokun Gao
Managing Director Coeclerici Far East
Yaokun Gao was born in December 1971. He got a Bachelor in Economics and a Master in Jurisdiction at the University of International Business and Economics. From 1993 to 1998 he worked in Beijing as Sales Manager Coke Dept. of Minmetals China National Minerals Co. Ltd. In 1998 he moved to Rio de Janeiro where he was employed as Manager Minerals with Minmetals China Metais e Minerais Ltda until 2001. From 2001 to 2004 he worked - back in Beijing - as Manager Coal Dept. of Minmetals China National Minerals Co., Ltd. From 2004 to 2005 he was employed with CVRD Rio Doce Asia Ltd. Shanghai office as General Manager Coal and Coke. In 2005 he was appointed by CVRD as Director BOD, Director Strategic & Planning Committee at Longyu Energy Resources Ltd. at Yongcheng and Vice Chairman BOD, Director Commercial Committee of Yanzhou International Coke Chemical Ltd. He joined the Coeclerici Group for the first time in November 2005 as Chief Representative Officer in Shanghai (from 2005 to 2006) and Beijing (from 2007 to 2009) and as Executive Vice President in Singapore (from 2009 to 2010). From 2010 to 2015, he worked as the Chief Representative of Suek AG China and established, in 2014, Suek Shanghai Trading Co., Ltd as General Manager, managing the company and one branch in Beijing and one branch in Harbin, China. In October 2015 he is back again in Coeclerici Group with the position of Head of Asia for the Trading Division, with direct responsibility of the entire APAC Trading Division and in January 2019 he has been appointed as Managing Director of the Trading Company of the Group Coeclerici Far East based in Singapore.

Davy Hu
Country Manager China
Davy Hu started his career in the trading of coal and coke in 1994 and until 2001 he worked as Senior Manager of the agent of Ruhrkohle Trading Corp. in China to export coke and coal to North & South American market. From 2001 to 2007 he was employed in RAG Trading Asia Pacific Beijing Rep. Office as the Senior Trader for coke and coal trading. In 2007, after the acquisition by Coeclerici, the Company was renamed first CC Carbon Beijing Rep. Office and then, in 2009, Coeclerici Asia (Pte) Beijing Rep. Office. From 2007 to 2011 he held the position of Senior Trader and Chief Representative for coke, coal and iron ore trading. From 2011 to 2013 he worked in Trafigura Beijing Rep. Office, as Senior Trader for coal trading as well as the Board Commissioner in Trafigura affiliated join-venture company to be in charge of Mongolia Coal Project. Since 2013 he has rejoined the Coeclerici Group, Beijing Office, where he presently holds the position of Trading Country Manager China. 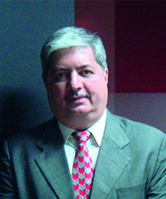 Manoj Modi
Non Executive Director
Manoj Modi was born in September 1953. From 1973 to 1999 he held the post of Vice President of Dodsal Ltd. Dodsal Ltd. was in the business of supply and distribution of chemicals, steel, coal and industrial raw materials, representing global companies like Dupont, Mannesmann, and Hansen Coal. From 1999 to July 2007 he was employed as Country Manager India for RAG AG, a German conglomerate operating in 20 countries active in coal mining, supply & distribution, power generation, chemicals, real estate, etc. He has been working with the Coeclerici Group since July 2007, when Coeclerici acquired RAG Trading Asia Pacific Ltd. He held the post of Trading Country Manager India for several years and as of April 1st 2022 he acts as non-executive director on the board of Coeclerici Far East (Pte.) Ltd.. 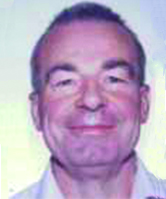 Tim Short
Non Executive Director
Tim Short, born in Dorking, England in 1955, married with two children. From 1973 to 1975 he worked in France for Sogena as Ship agent, stevedore, customs. From 1975 to 1979 he worked for Howe Robinson/Matheson Chartering, a subsidiary of Jardine Matheson (United Kingdom) as Dry cargo broking / sale and purchase. In 1979 he moved to Taiwan where he kept cooperating with Howe Robinson/Matheson Chartering/Jardine Matheson as Dry cargo broker, tanker broker / sale and purchase. From 1981 to 1983 he worked in the ship chartering /operating sector with Bulk Charters, in South Africa. In 1983 he moved again to United Kingdom where he remained until 1985 working as Dry cargo shipbroking with Howe Robinson/Matheson Chartering. In 1985 he moved to South Africa where he remained until 1994 working in the ship broking/chartering/ship agency/liner-coal trading sector, first with Rennies Consolidated and then with Ruhrkole Handel Inter GmbH South African representative office. In 1994 he moved to Australia where he was employed in the Ruhrkole Handel / RAG Trading GmbH Australian Representative office and in 2007 holded the post of Trading Country Manager Australia. From February 1st 2020 the Company has invited Mr. Tim Short to act as non-executive director on the board of Coeclerici Far East (Pte.) Ltd. 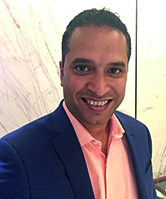 Utkarsh Dubey
Country Director Australia
Utkarsh Dubey completed the MBA (International Business) with the University of Indore in 1999 after having obtained his Bachelor of Engineering (Mechanical) from the University of Nagpur in 1996. He has always worked in the global trading and strategic marketing industry and mainly handled physical dry bulk commodities. Prior to joining Coeclerici, he held various senior roles such as General Manager – Commodities & Mineral Resources Division for Daewoo International Corporation (now POSCO Daewoo) in Seoul and Sydney, Vice President – Coal Trading for WanBei Coal & Electricity Group in Brisbane and Shanghai and Trading Manager – Coal & New Business Division with Mitsui & Company in Brisbane and also previously as Manager – Steel Trading Division at Mitsui & Company in Mumbai. He joined Coeclerici on January 1st 2017 as General Manager of Brisbane Office; after years of solid performances and results that allowed him to further grow professionally, Group appointed him as Australia Country Director as of July 1st 2020. 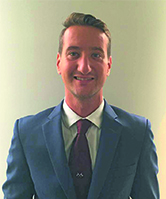 Simone Tait
Vice President Thermal Coal
Simone Tait, born in Trento (Italy) in 1985. He completed the Master of Science in Management at USI (Università della Svizzera Italiana) in Switzerland in 2010 after having obtained his Bachelor Degree of Business Administration at Bocconi University in Milan in 2008. He is in the coal industry since 2010 when he joined Carbofer General Trading based in Lugano, Switzerland as coal transaction manager. He worked in several international companies with focus on Indonesian coal business where he acquired knowledge of operations, logistics, stocks financing and trading. In 2012 he moved to Jakarta, Indonesia and in 2015 he joined Coeclerici Commodities with direct responsibility of Indonesian coal purchase strategy and sales oversight. He held the position of Country Manager Indonesia until February 28th 2022 and he is now Vice President Thermal Coal and based in Singapore. 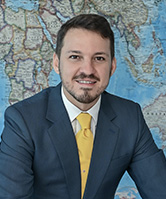 Piero Marzi was born in Trieste (Italy) in 1988; in 2014 he completed the Master’s degree in Law with specialization in International and Maritime Law between the University of Trieste and the University of Regensburg (Germany). After cumulating several work experiences among Italy, Thailand, Vietnam, Japan, Colombia and Argentina; in 2017 he Joined Coeclerici Group as part of the Operation department, initially based in Lugano and then in Singapore. From 2018 he specialized in the chartering activity and since 2019 he developed and stimulated the trading activity of the Group in Vietnam. As of May 1st, 2021 the Group appointed him as Vietnam Country Manager. 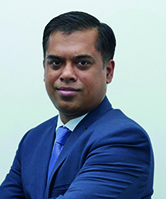 Prantik Dasgupta was born in 1978, is an Indian citizen and is married with one son.

After a Bachelor in Electronics Engineering (2001) and a Master Degree in Business Management with Specialization in Marketing & Strategy (2003), he joined the world of commodities in 2003 as Product Manager and moved to a Sales role in the Aluminium Division as of 2004. Since then he developed his career within the commodities world in commercial roles.

His first experience with Coal dates back to 2013 as Chief Commercial Officer at Bharat Aluminium Company Ltd., where he oversaw handling of the entire coal procurement, logistics and other key commercial functions.

In 2014 he moved to Adani Global’s Coal Desk as Head of Sourcing of Thermal Coal leading the Indonesia office and then to manage Adani’s Global Sourcing and International Trading from Singapore office where he stayed until December 2020 as Business Head.

In January 2021 he joined Coeclerici Far East in its Singapore office as Senior Trader and in April 2022 he moved to lead the India office in Mumbai as Country Manager. 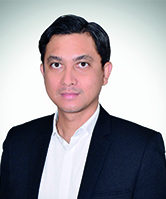 Nikolas Edward Hutabarat was born in Indonesia in on July 20, 1984.

After a Bachelor in Informatics Engineering in 2008 and some internship at PT Telkom TBK, he joined Posco Daewoo Corporation (now Posco International) where he stayed until 2019 as trader of Coal and Steel for the Indonesian market.

He joined Coeclerici Far East as Trader in May 2019 and he is now holding the position of Indonesia Country Manager since June 2022.